Stuart is an ophthalmologist, and balances his professional life with family, travel, outdoor adventures and sports. He has lived most of his life in the University Endowment Lands, and appreciates the unique character of the neighbourhood with its interesting people and pets, open feel, green spaces, and quiet atmosphere.

Stuart currently serves as one of two Area A representatives on the ADP and welcomes the opportunity to continue this role, understanding the ‘Advisory’ nature of this committee. He believes in consensus-building and democratic decision-making, and will continue to listen to, and express, the opinions of his neighbours concerning development issues in Area A. 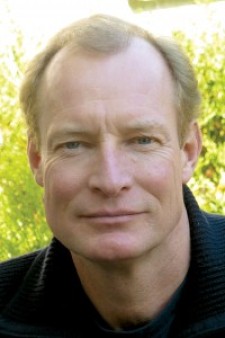 Although Dave has lived in the UEL for most of his life, he does not take for granted how fortunate he is to live in this very special neighbourhood. Dave’s goal is to ensure that the overall character of the neighbourhood is preserved while respecting the interests of both long-term residents and families who are new to the UEL.

Dave is a Professional Engineer specializing in industrial control systems and software. He balances his work with an active life of running, tennis, and Saturday morning cycling trips with a great group of neighbours. Dave has served on the CAC for the past three years as Secretary/ Treasurer, and on the ADP for the past six years. Dave will do his best to ensure that all residents are truly represented in a fair, open, and democratic manner.

Jaymie’s goal as ADP Rep for Area B is to provide continuity in neighbourhood representation. Jaymie has called the UEL her home since 1998 and has felt fortunate to raise her family here with her husband, Steven. She contributes a strong background in finance, consulting, and community volunteerism, as well as her appreciation for the history and community values of the UEL. Jaymie holds an MBA from Wharton and a BA from Stanford, and previously worked for JPMorgan in New York and Citicorp in Hong Kong, providing investment banking services. Jaymie’s three years on the ADP, and her involvement with the Communications Committee, U Hill Connection’s editorial Board, and the Block F Committee, will inform her position on the CAC. She hopes to build on the progress of past CACs and help create more amenities for the UEL community!

Pauline lives in Area B on the UEL. She is married to husband Daniel and has three daughters. Her parents are also residents of Area A. Pauline received a B.A. from UBC and an LLB from Dalhousie Law School. She is a Member of the BC Law Society. After articling at a downtown Vancouver firm, she practised law for nine years, including six years at the Department of Justice defending the decisions of federal administrative tribunals before the Federal Court and the Federal Court of Appeal, and three years at a full-service firm as a litigator in B.C. Supreme Court. Pauline sits as a Director of the BC Arts Council. 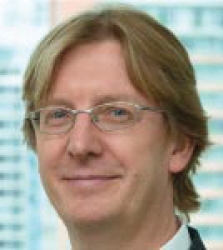 Maciek is pleased to continue as an Area C representative on the Advisory Design Panel. In addition to the ADP, he has volunteered over the years as a local resident representative during the UEL Builidng Bylaw review, helped organize local community events, actively participated on the CAC Finance Committee, contributed to the community newspaper, and maintained a blog to bring attention to local issues.

Maciek hopes to contribute to a long-overdue review of the Official Community Plan and a related review of the UEL Building Bylaw. Maciek and his famiy have enjoyed living in Area C for more than a decade, raising two children in Little Australia. After pursuing engineering studies in his native Poland, Maciek graduated with an MBA in Finance from Simon Fraser University and pursued a finance career in Asia, Europe, and North America. Outside volunteering and family life, Maciek works in the field of investment management, managing pension and endowment assets. 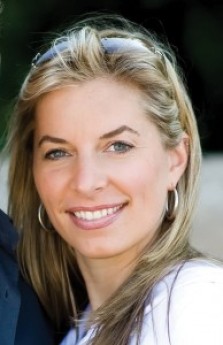 Tamara has been a serving member of the ADP for Area C for the past three years. Tamara is a Registered Clinical Counsellor and the owner of Adventura Counselling Services. She also works as an intake counsellor for crisis and at-risk clients at Optum Canada. Tamara was formerly a project manager of hydro-electric development for a variety of run-of-the-river projects before making a career transition. She is currently a PhD student and also has a BComm in Entrepreneurial Management from Royal Roads University. Her BA is from Queens University. Tamara is currently the organizer for the Vancouver Parents Group with over five hundred members. Formerly, she has been a group facilitator in a variety of settings and was a committee member of the Victoria Regional Planning Committee, developing a five-year plan for Victoria’s urban growth.

Additionally Mullinix conceived and led the development of the B.A.Sc. Sustainable Agriculture degree at KPU and is now closely involved in its implementation. He also led the conceptualization and implementation of the Richmond Farm School and Tsawwassen First Nation Farm School. Mullinix is an Adjunct Professor in The Faculty of Land and Food Systems at the University of British Columbia and serves on the editorial board of the North American Colleges and Teachers of Agriculture Journal.

Mullinix attended the University of Missouri where he earned a B.S. in Agriculture (major horticulture with emphasis on fruit and vegetable production), M.S. in Horticulture (specializing in Pomology) and Ph.D. in Agriculture Education (specializing in curriculum and program development, crop sciences and soil conservation). He also earned a Ph.D. from the University of British Columbia in Plant Science (specializing in integrated pest management). He is a Professional Agrologist- British Columbia Institute of Agrologists.

Mullinix has lived and worked on a diversified family farm in central Missouri, owned and operated (with his family for 15 years) a pear orchard on the eastern slopes of the Cascade Mountains, and for 14 years provided direct oversight for the planning, establishment and management of a 45 acre organically farmed apple, sweet cherry and peach teaching and demonstration orchard in north central Washington.

I have lived in the UEL since 2002. I have served on the Community Advisory Council since February 2013 and on the ADP since July 2014.

Having lived in North America for more than twenty years, I hope to continue contributing to our multicultural environment. I have a Bachelor of Science degree from the University of Science and Technology of China (Geophysics), a Master’s degree from Harvard University (Geophysics), and an MBA from Queen’s University School of Business. I have worked as an analyst in venture capital (1996-2001) and in public equity investing (2002 to present).

Urban design, architecture, and community building are of great interest to me. I would like to encourage building designs that take into account the UEL’s unique and valuable heritage, wherever possible.